Showing posts from December, 2020
Show all

Save the Date and Invite Your Friends! 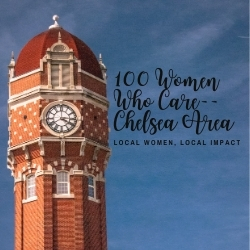 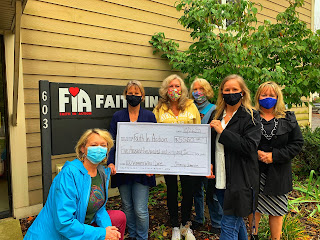 100 Women Who Care-Chelsea Area had its inaugural meeting on Tuesday, October 6, with a majority of its 54 inaugural members in attendance and is thrilled to announce that the recipient of its first Impact Award is Faith In Action.  Of the six charities nominated, three were chosen at random. The candidates were:  St. Louis Center for Exceptional Children and Adults, nominated and represented by member Christina Ferris, Development Director Washtenaw Literacy, nominated by members Tonya Gietzen and represented by Executive Director Amy Goodman Faith in Action, nominated by members Tammy Bridges and Jamie Lane and represented by Executive Director Sheri Montoye Each of the candidate charities had seven minutes to make the best case for their mission to the membership, giving all in attendance valuable insight into their vital contributions to the community. After all the presentations were finished, the members were invited to cast their ballots and Faith in Action received the majority
Post a Comment
Read more
More posts